Wish I'd Kept a Scrapbook - a Tribute to Tullycraft (Unchikin Records) 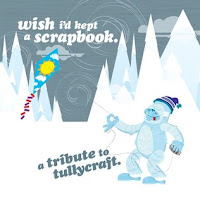 You might remember the mooted Tullycraft tribute album from a while ago that was asking for donations to help get itself released. Well, it'll finally see the light on 14 September on Unchikin Records.

I'll admit to knowing next to nothing about Tullycraft, which I feel particularly terrible about. However, the line-up on this album was enough to get me interested. It's particularly thrilling to hear a posthumous Besties track - they contribute a thrashy garage version of 'Our Days in Kansas', which is ACE.
The rest of the album is made up of a Who's Who of international pop: Math and Physics Club, The Medusa Snare, The Smittens, Gold Bears, Moustache of Insanity, and a fucking stunning Darren Hanlon and Rose Melberg duet covering 'Our Days in Kansas', which reminds you that there's more to pop than trashy guitars and 'oh-ohs'. I must get that new Darren Hanlon record - his voice gives me the shivers.
Lastly, a mention for The Awesomelies, who really should be bigger than they are. Their version of Godspeed sounds like something from another planet. They better make it over here next year, or else there'll be trouble.
Download 'Every Little Thing' by The Medusa Snare here.
Posted by A layer of chips at 07:25

hi here's a link where you can listen, dl or buy the eveden's latest ep

I can't fucking wait for this.