Fuck the Jubilee: a call to arms 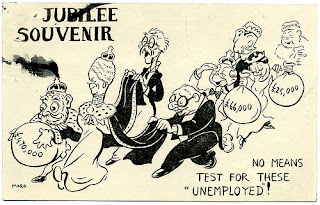 The recent talk of this year's grotesque Jubilee parade, with all its yacht-shaped gifts, made my mind wander back ten years to anothert state-run display of Windsor worship. Back then I was heavily involved in the Socialist Alliance, a very wobbly, often tense, eternally doomed lash-up between the biggest extra-parliamentary left groups in the UK (bar a few of the more wacky ones, and Scargill's Socialist Labour Party).

We stood a candidate in the 2001 General Election and got a pretty respectable 3.7 per cent. On the back of this, the next year I organised a week of anti-Jubilee activity in Nottingham, culminating in a gig at the Rose of England in the city.

Three bands played, including Chris TT and humblebee's old band The Regulars. I charged a quid on the door and over 100 people turned up.

As I wrote in the Weekly Worker at the time:

"... the gig was predominantly attended by those of a non-political persuasion. This proved an excellent opportunity to expose a layer of young people to the Socialist Alliance's politics, and even when Chris TT, during his set, said that he opposed militantism, he was met with a hail of abuse from just about everyone in the room! All in all, a great success, and it is agreed that we will organise further, similar events later in the year to raise the profile of the SA amongst students and younger people in the city."

Ah, the optimism of youth! The Socialist Alliance was all but dead by the end of the year.

I was thinking about doing another gig this year. If anyone wants to get involved in any way (bands, other promoters, yacht onwers - anyone who wants to help out really) can you drop me a line and we'll try and get something sorted.
Posted by A layer of chips at 18:12