2012: Long players for the longest days 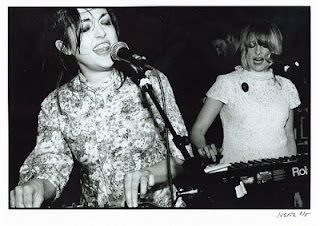 Got paid in the end, just in case you were wondering, like.

Anyway, my favourite albums of the year, you say? Well, read on...

Tigercats released 'Isle of Dogs' this year on Fika Records. I've raved about this album loads, and was lucky enough to finally see the band in Nottingham at our Christmas party a couple of weeks back, where they suitably wonderful.

I was also lucky hear 'Isle of Dogs' very early, after being sent the demos. Why on earth had I ignored this band for so long? 'Isle of Dogs' is just wonderful, but listen at me rattling on in January...
What Tigercats has come up with is a manifesto for what it means to be alive, to be in London and to be living life. Like Suede did twenty (gulp) years ago, and like Hefner did a little bit later. Those other three bands I mentioned earlier are doing it to, and however old you are you should cherish these times, because they're golden days for pop.

Did the Evans the Death album really come out this year? This splendid band seem to have been around for ever now, but their precious eponymous long player on (Fortuna Pop!) rounded that thrilling first year of gigging off perfectly.
In a world where slack-jawed 21 year olds in bands seem to think that growing a beard will render them instantly fascinating, then this, amongst other things, makes Evans the Death heroes of my pop world.

Difficult second albums don't come much more perfectly formed than Allo Darlin's 'Europe'. It took me a fair old while to really love this album, but when it finally burrow its way into my affections it stuck there, and there it will stay.
If you’re still addicted to the instant pop hit of Allo Darlin’’s first album, then ‘Europe’ might take a while to worm its way into your head and heart, but once it does it’s more than likely to stay there forever. Look back, for sure, but don’t stay there.

Ah, Cats on Fire, we meet again. The band's 'All Blackshirts To Me' (Matinee Recordings) finally realised their potential. Chock-full of off-kilter pop classics, this was the album I'd been waiting for them to make. I'm sure they're delighted they've made me happy.
Five years on from seeing this band at the pre-Indietracks gig we organised in 2007, Cats on Fire are back on form. 'All Blackshirts to Me' is their 'Strangeways, Here We Come'. Only now I really hope they get to make another record.

But, really, there's only one choice for my favourite album of the year, and that's Shrag's visceral pop fest, 'Canines' (Fortuna Pop!/WIAIWYA). Full of sex, zoology, humour and pathos, 'Canines' is a masterpiece.
Real, instant pop albums like this only come along once every three or four years. This time it's Shrag's turn. Still in love with these times.

Anyone who doesn't instantly fall in love with Orca Team needs a good look at themselves. Their 'Restraint' album on Happy Happy Birthday To Me Records was this year's surprise hit, and, combined with some charmingly tense live shows, the band charmed the UK on an early summer tour that I hope they can repeat in 2013.

In a year when the Tory government continued to oppress the weak and vulnerable, then it was good to see The Great Leap Forward take up the agit-pop mantle with the inspiring 'This is Our Decade of Living Cheaply and Getting By' (Communications Unique).
There's nothing wrong with heartbreak over a saveloy, but sometimes I need more, and the Great Leap Forward have given me it. A properly thrilling, angry piece of work.

Another triumph return came in the form of a newly-invigorated Tender Trap. 'Ten Songs About Girls' (Fortuna Pop!) was somehow the choice for being played endlessly in the car. It kind of seemed perfect.
I didn't really see this coming from Tender Trap. Always a band to adore, with 'Ten Songs About Girls' they've become a band to be in awe of. A bona fide pop masterpiece.

Into the Autumn and a band from years and years ago came back, and how glad I was. Matinee Recordings were good enough to put together The Sugargliders retrospective 'A Nest With a View, 1990 - 1994'. This brought the old days flooding right back.
What you have here, comrades, is the most perfect indiepop - a tribute to defiance, hope and the beauty of finding confidence in a simple piece of spinning plastic. Thank heavens we have that left, at least.

They were my favourite albums of the year. You may very well disagree.
Posted by A layer of chips at 21:15