The Hobbes Fanclub: "I'm the obsessive one, Louise is the cool one and Adam is the wise one." 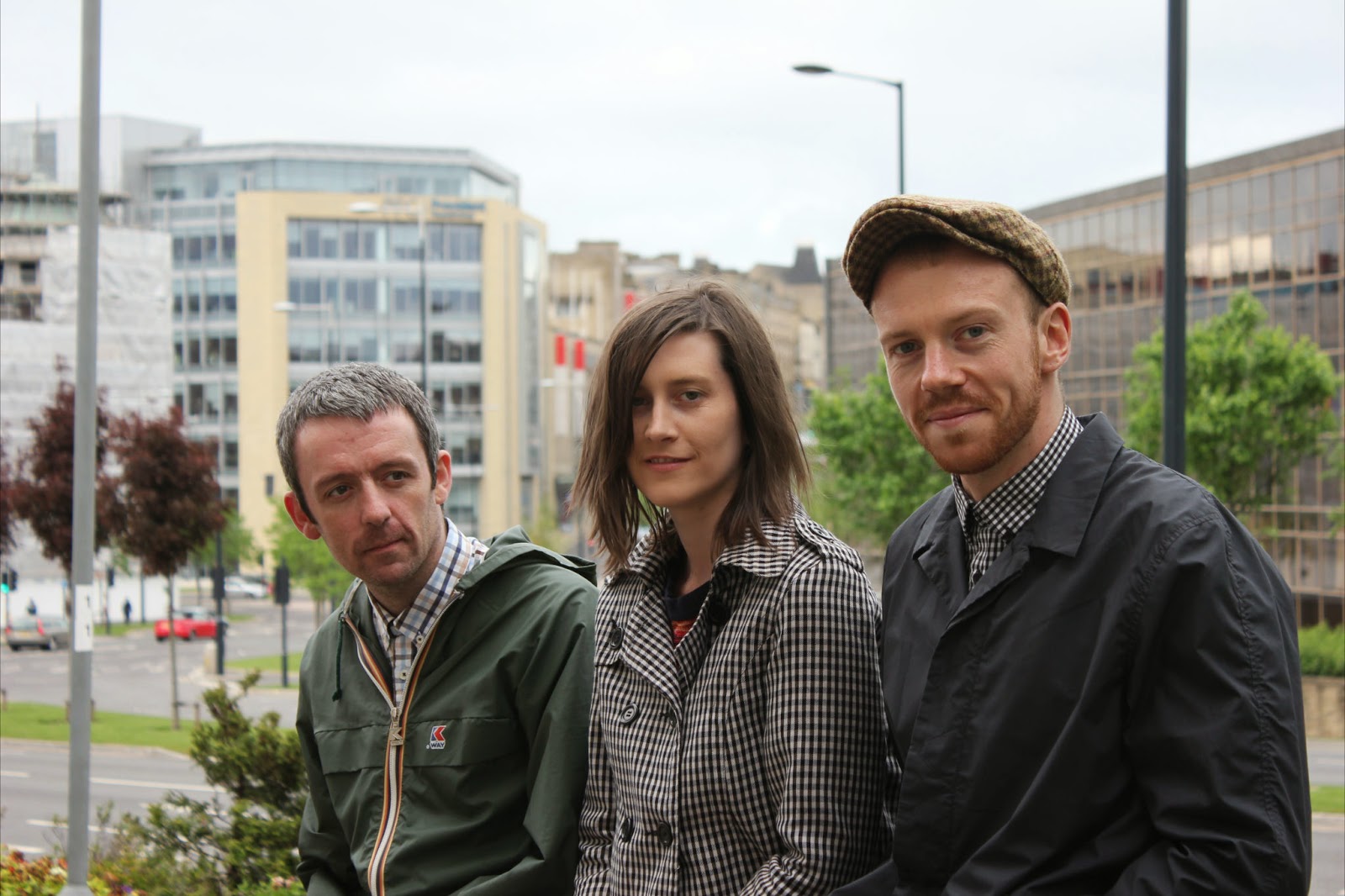 After spending last year gadding about around the world playing to rapt audiences, The Hobbes Fanclub return in 2014 with a new new album that promises much. I spoke to Leon, vocalist, about the rest of the band, and the new record. Leon was born two days before me. He was deeply in love with Ride back in 1990, and used to visit Grimsby regularly with his Dad. I feel we have something...

You started off sending tapes across the world - this much I'm sure you're bored of talking about. So, what's the best thing about actually being in a proper band?
It's good having someone to just knock about with and you can't play gigs with an email collaborator. We've had some really fun trips away together. Eating cheesy chips and paying £4 for a can of Carlsberg in a Sheffield Travelodge on a Tuesday night can be a real bonding experience.

What is The Hobbes Fanclub about?
Adam reckons its getting laid and taking drugs but that must be after I've gone to bed.

How do you rate the other two members?
They're great and I couldn't have done this without them. I'd never fronted a band before and they're both a few years younger than me and give me confidence to go onstage and to write songs. I reckon I'm the obsessive one, Louise is the cool one and Adam is the wise one who can play all the instruments in the band better than any of us.

What's the songwriting process? Are you IN CHARGE?
I mostly instigate things and some of the songs in the live set predate Adam and Louise's time in the band but on the album we've started writing some stuff together. A lot of songs start with me doing a demo but they can change a lot once we start playing them as a band.

What's the best bit about being in The Hobbes Fanclub so far?
It's hard to pick a best bit as there have been so many. We've been able to play Indietracks, been to Paris and New York, supported The Pooh Sticks, plus done two Nottingham Alldayers in a row which must be a record surely? Telling the stage manager and sound guy in New York to go fuck themselves for cutting our set short was a highlight too.

How have you found trying to put records out? It seems such a struggle these days.
I think we've been pretty lucky. Everything we've released has sold out and we've never had to wait too long for another offer to come in for the next release. I suppose the hardest thing is funding everything that goes into making a record. We're lucky that labels like Shelflife will stand the cost of pressing but obviously (and understandably) at our level there's no such thing as an advance to actually record the thing, so you either have to pay a studio or build one.

Who is the most inspiring person you've met through being in The Hobbes Fanclub?
We met a funny guy called Ham in a bar round the corner from the venue when we played in Paris with Tender Trap. He's inspired me and Adam make as much money as possible from the band and then retire to a life as a Parisian lush, gliding between tables and seducing lovelies.

Tell me about the new songs; different to the old songs?
We've evolved a bit, as no one wants to play on or buy an album with ten 'Outside Myself's on it, but we still sound like us. Theres a few slower songs and a few noisier songs but its still pop.

And tell me about the album. When is it out, etc?
It's coming out on Shelflife and should be released in April/May. Its nearly finished but we've got to fit in with Shelflife's release schedule. Its taken us a while as we had an aborted attempt at recording at a local studio and in the end I've recorded us myself at home so we know we'll get the sound we want. I think that's why my next door neighbour moved out.

None of us are getting any younger, but do you wish you'd met the other two 20 years ago?
I spotted The Spook School and Joanna Gruesome outdoing each other with their youthfulness on Twitter this week but Adam has pointed out that 20 years ago him and Louise were only 13 so I'm not sure it would've worked. Also all the songs I wrote back then were shit so I'll take this now and be grateful.
Posted by A layer of chips at 14:52