The Hobbes Fanclub - Up at Lagrange (Shelflife Records) 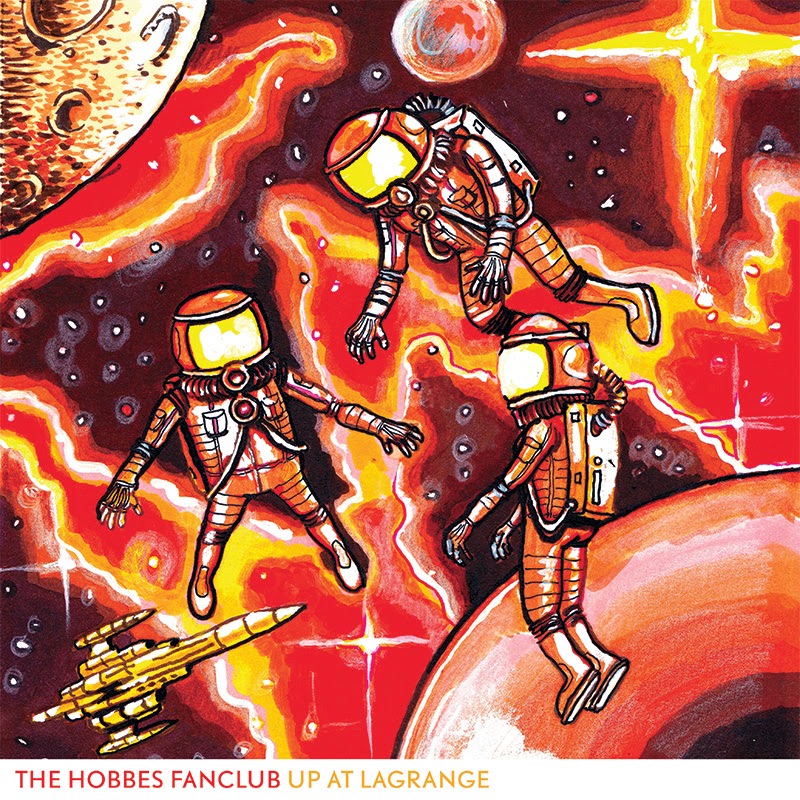 Right on cue, in the week before Indietracks, The Hobbes Fanclub, have melted my heart.

Indulge me for a few moments. At the back end of 1990, the week before all my friends who'd stayed on for 6th form went back to school to further their accountancy careers, I started a job as an apprentice plumber and pipefitter on an oil refinery in North Lincolnshire. This was exactly the sort of thing that I wanted to do; to get out of the stolid air of Grammar school and around Real People again.

The money I earned (£1.50 an hour, which came to £57.25 for a 40 hour week after National Insurance was deducted) opened up a whole new world of music to me. Sure, I'd bought records before with summer jobs, but that money ran out very quickly. Now, I was earning. I spent most of the next two years hoovering up records from the likes of Pale Saints, Ride, Slowdive, Field Mice, Boo Radleys... that sort of thing. I look back on this period, rather daftly, as "my time". We never thought we'd have a time back then, of course; our "time" was going to last forever.

'Your doubting heart' and 'Outside Yourself' might have been re-recorded, but they make up two halves of the perfect single, and sit so beautifully on this album that the rest sounds like a singles compilation.

'I Knew You'd Understand' is the Pale Saints at their most perky and winsome, and is both charming and yearning. It rattles along but lingers long enough to be caught and hugged.

'Run into the sea' is The Hobbes Fanclub's take on Jesus and Mary Chain, and it's sight better than that band has managed for 25 years.

And then there are the modern shoegaze classics such as 'Why should you tell the truth?' and the crushing, closing duo of the title track, which has early Boo Radleys written through out like Cleethorpes rock, and 'Sometimes', which wouldn't sound out of place on one of the first four classic Ride eps.

I'm referencing these bands partly because I'm desperately lazy, but also because this album brings back a million feelings and memories - and it does it almost effortlessly. It's a classic album, and it'll be seen like that (by me) for years to come. I might even grow that pillarbox red bob back.

In short: this is the sort of record I'd have obsessed over when I was 16, just as much as I'm obsessing over it right now. A masterpiece from start to finish.
The Hobbes Fanclub forever.
Posted by A layer of chips at 19:11