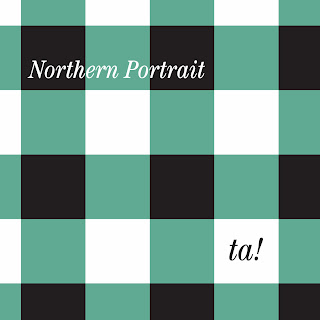 OH! But they sound like The Smiths, don't they? Yeah, and this is their 'Hatful of Hollow'...

Those good folk at Northern Portrait have seen fit to put all their b-sides and hard-to-find a-sides together on one tremulous, tremendous package, that, if it were released as a standalone record of new music, would pretty much wipe the floor with just about everything else released this year.

If you can't remember where you were when you first heard the smart stomp of 'A Quiet Night in Copenhagen' or the sparkling serenity of 'I Feel Much Better' or the dark defiance of 'In an Empty Hotel' then you're missing out.

'Ta!' is the sound of the last six years of indiepop for me. So many memories are wrapped up in these glorious songs, from hearing those first two dynamite eps to wailing along to Northern Portrait when the played the indoor stage at Indietracks, and cuddling up against the cold on the settee with the stereo on full blast, to teaching my little boy the words to the magnificent 'Fallen Aristocracy'. It's all pretty special.

One hopes that the title of this compilation isn't some kind of farewell - a recognition that it's all over. It's been increasingly hard for the band to get together and play anywhere at all these last couple of years. There's talk of a second album next year, which fill my heart with joy, but it's about time they graced a nearby stage again.

Oh, and can we just forget about the cover of Cliff Richard's 'Some People' on here, please. Ta.

Buy this record here, or forever listen to people saying Northern Portrait sound like The Smiths.
Posted by A layer of chips at 17:12