Singles of 2013: The year of The Fireworks 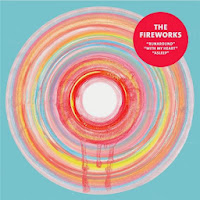 Ah, the end-of-year list. Loved by some, reviled by many and completely ignored by most, they are the inventories of people who usually think they're far more interesting than they actually are. And so, of course I'll going to regale you with mine. Why else have a blog about music, if you didn't think people cared about what you think, after all?...

Coming in the dead zone between Christmas and New Year will be my favourite albums, but let's start with the best singles of 2013.

Shrag - On the Spines of Old Cathedrals (Fortuna Pop!)
Funny to think that none of us knew that Shrag had made their last record this time last year. But, they finished by releasing probably the best song they'd ever written as a download-only single right at the start of the year.
"This song has just about everything; and just shows how versatile Shrag can be. And, yeah, of course it sounds like New Order a bit but that's no bad thing."

Just Handshakes - London Bound (Bleeding Gold)
A criminally ignored album this year was preceded by this download-only single.
"It's joyous, to be honest - the sort of song you want to be listening to as your train speeds through the countryside towards the one you love, or the night out you've been looking forward to for weeks. It's Just Handshakes coming of age."

Old Lacy Bed - Little Girl (Dufflecoat Records)
Dreamy, darker pop music - and another prime find from Dufflecoat
"It fair rattles along in a discordant, impatient shuffle with plaintive, world-weary vocals, and some instantly huggable 'ba-ba-bahs' thrown in. Rocket science it isn't, but it's the sort of dark pop music that, with all its coy pleasures, warrants instant attention and further discovery. You'd be hard pressed to resist."

September Girls - Talking (Art for Blind)
It seems September Girls are about to take off into another stratosphere. This single is the sound of them lifting off.
"'Talking' is short, swirling and sinister - the sound of a band approaching the top of their game."

Ancient Times - Nightschool (Soft Power Records)
Part of a split single, and one of most swoonsome songs I've heard in years.
"Ancient Times, it seems, is just one person, but he/they make a mesmerising sound that whilst firmly entrenched in back bedroom melancholia, is also chock-full of hope and optimism and fight - like all the best pop music. Sure, the vocals sound like Morrissey, but you're not going to hear any complaints about that from me."

Lost Tapes - Lost Tapes ep (Eardrums Pop)
Eardrums Pop continue their wholesale education of music lovers with this beguiling debut ep from Lost Tapes.
"Lost Tapes, from that Spain, take the best of late 80s/early 90s guitar pop and mix it with a very modern take on how great records should sound. Opener 'War in the Netherlands' buzzes along much in the manner of The Hobbes Fanclub, whilst 'By You' wallows in the glamour of shadowy effects pedals and a gorgeously hazy vocal that brings back some of Primal Scream's earlier, better moments."

Week of Wonders - Piggybacks (Happy Happy Birthday to Me)
Ex-Orca Team types release a classic debut single.
"Week of Wonders' debut single 'Piggbacks' is bullet of refreshment during the stifling heat of the weekend. It's an instant hit of sunshine pop."

Band à Part - Franny Y Tú (Elefant)
As the Autumn kicked in, so did Band à Part to banish the post-Indietracks blues.
"As summer fades into Autumn, it's songs like this that make the absence of those longer days a little more bearable. Close the curtains, eat some chocolate and put this on your record player and life will still be sweet."

Seabirds - Real Tears (Matinee Recordings)
Nottingham's best band for... oooh... 20 years release a debut so exciting that I got a bit carried away.
"'Real Tears' is a storming debut; a dark tale of love, the certainty of death and loss set in the north of England. Like the best Guild League songs, it takes in numerous locations, and has a middle bit that borders on the funky. It's like Tindersticks after they've won the lottery, like The Lucksmiths had they grown up in a decaying British industrial city rather than the scorched south of Australia."

The Occasional Flickers - Capitalism Begins at Home (Cloudberry)
A lovely slice of vitriol from the Greek/Scottish comrades
"We often bemoan the lack of political pop music being made in these terrible times, but The Occasional Flickers have chipped in with a minor classic of the genre. Okay so it might not stop the carnage currently sweeping the majority of people asunder, but whilst songs like this are being made, hope remains. File under: defiant."

The Fireworks - Runaround (Shelflife)
Single of the Year. Any year.
"'Runaround' is all pep and heartache and foot-to-the-floor pop. It sounds like the Shangri-Las after eight pints of Harvest Pale. It makes me want to go and do something that might lose me my job. It's probably the best single I've heard this year."