There's more to life, but not much more 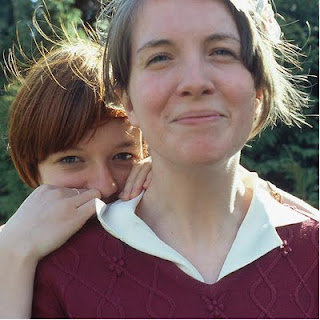 There are some bands that just get better and better with each release. In recent times there's been Math and Physics Club, Electrip Pop Group, Northern Portrait, Pocketbooks... and probably a few more that I've forgotten.
Add to that list Allo Darlin' and The Middle Ones, who both have new singles which take them way beyond anything they've released before.
I'm sort of scared at how brilliant Allo Darlin' are, and could be. Disarming and self-effacing they might be, but when they smack you square on the nose with a pop song so instantly loveable as 'The Polaroid Song' it makes my jaw drop in awe. I have a new favourite single almost weekly, but this has been my most cherished song of the year so far this week. It has everythng; delicately plucked guitars; girl group backing vocals; a really, really, ramshackle guitar solo; and even a flute. At least I think it's a flute.
You can hear 'The Polaroid Song' and its b-side 'Will You Please Spend New Years Eve With Me' (which I might add is the finest anti-New Years Eve song every recorded) on All Darlin' myspace page, and you can - you must - buy it in December from Fortuna Pop!
The Middle Ones' new single is the kind of brittle folk pop that they've been gently building over the last couple of years. Their eponymous, debut ep is a 10" single in hand made scrapbook sleeve. The tracks are 'River Song, 'Slow Bridge, 'Courage' and 'Young Explorer'. I've heard the last track there and it's gorgeous.
This is another must-buy before Christmas, I think. You can get the record from Rough Trade or by emailing John and WIAIWYA, who are releasing the ep.
Posted by A layer of chips at 08:25

I am so very much looking forward to the middle ones ep! yow!

ditto the all, darlin'!