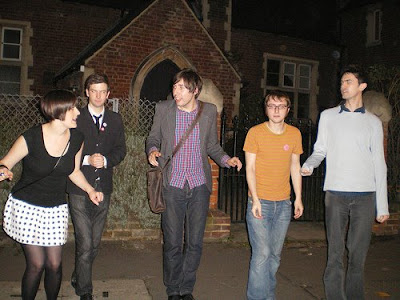 Pocketbooks, eh? Aren't they fantastic? They're going to release their debut album in a few weeks time, so I thought it would be good to get the Trinny and Susannah of the band - Ian and Dan - to answer some questions.