Prepare yourself this winter for the return of one of pop music's greatest lost bands. Straight outta Derby, Lardpony are making a return to the first team squad after a few seasons out with babies, solo projects, and beards.

Lardpony, as if you didn't know, are a pop phenomenon. They are Tom, Pod, Nathan and, replacing Mandy on keyboards, Swap Chilka. Their comeback gig isn't in Las Vegas, but Las Maze on Mansfield Road in Nottingham. I think that's a lot more sexy than some glorified slot machine in the middle of a big beach, don't you? It's on 6th December, by the way.

I first came across Lardpony way back in about 2003/2004 time when I heard their 'I'm in Love (With a Noxious Gas)' on Myspace. On a good day, this is in my top ten songs ever.

I think I've probably put Lardpony on more times than any other band, mainly because they're so brilliant. They write pop songs that are so clever they could teach A-Level biology in a secondary school. Their songs are about werewolves and robots and love and stuff. Their first album, 'This is Lardcore', released in 2006 merely hinted at how good a live band they were. By the time of their second, 'The Greatest Invention Ever' in 2007 Lardpony were an unstoppable pop force.

'The Greatest Invetion Ever' includes songs like 'Trance Anthem' a half-sinister synth-pop masterpiece about putting a hug target under hypnosis. Come on - we've all considered it.

Then there was 'Who Loves the Sol?', Lardpony's second best song. It's the sort of tune you put on when you've just about had enough. It's a world-weary tour de force that makes you realise that, actually, life's pretty bloody great when the sun's out and you've got a bit of money in your pocket.

Then they decided to pack it all in for a few years, the swine.

But now, they're back, and that's exciting. To prime yourself for the inevitable Christmas Number One, Lardpony have decided to give give up their entire back catalogue for free - including some NEVER HEARD BEFORE demos.

Prepare to empty your heads of all other pop songs for the foreseeable. Lardpony are back, and they're after you. You may as well lay down and have your tummy tickled by them right now. 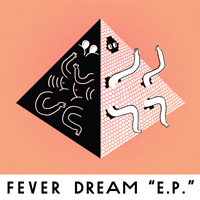 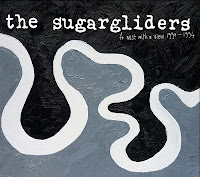 Excuse me for rattling on, but why not save your own life and buy this album, eh?
Posted by A layer of chips at 21:03 2 comments: 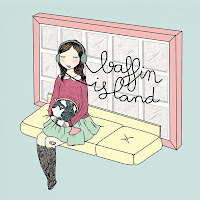 Writing about a record made by your friends is a difficult thing to do. Mainly because I know that if I don't say that the new Baffin Island ep isn't the bee's knees, then they'll hunt me down and duff me up. Thankfully, that's never going to happen, because this self-titled single is wonderful.

Treading a fine line between the graceful death disco of Camera Obscura, and the pop thrill of Free Loan Investments, Baffin Island make it all sound very easy indeed. If 'Sorry for Myself' sounds too upbeat to mope to, then you can be sure that 'This Year' is just the right side of downright maudlin. Or perhaps you'd like to immerse yourself in the Wurlitzer pop of 'That Summer', which taunts you with a ghostly visitation.

Baffin Island, as you might already know, is the place geographically equidistant between Boise and Glasgow, and so 'We Were Meant to Meet', the closing track here, is kind of apt. The best song here, it combines a kind of coy world-weariness that is the hallmark of all the best love and lost and then found again songs. It's pretty much perfect - a sort of downbeat northern soul classic, if you will (and you will).

As a side project to the Hermit Crabs and The Very Most, the Baffin Island make a splendid job of actually being better than those two bands. A super group.

I saw The Spook School at this year's Indietracks, and, although not really expecting anything from them, it was one of those moments where you instantly fall in love with a band within about five minutes. This doesn't happen very often.

This, their debut for Cloudberry, manages at once to sound like the legendary Deirdres, but with more of knowing nod to the mid-90s US underground. It also sounds like it would fit onto that wonderful first Airport Girl album quite easily, which is a huge compliment.

But perhaps The Spook School's most obvious influence are The Pastels. Not being the world's biggest Pastels fan doesn't mean that I think this single is one of the most exciting things I've heard in quite a while. By the time the gentle distortion fades away at the end of 'Here We Go' you immediately want to go right back to the begin again. This is what pop music is all about.

'Here We Go Again' is available to buy from Cloudberry on Monday. Make their day.

Pale Lights have the sort of musical pedigree that, even before you listen to any of their songs, makes you want to hug them close. They count among their number ex-members of the long, lost, and legendary Kicker, Comet Gain, Crystal Stilts and Cinema Red and Blue.

Pale Lights have an eponymous single out now on their own Calico Cat label, and it's the sort of thing you don't hear too often. Some might call is classic indiepop (whatever that is), but these songs ooze of the sort of effortless cool that other bands have to pay for. I'm particularly taken with 'Boy of Your Dreams', which sounds like The Felt Tips playing their favourite Echo and the Bunnymen song, and the understated beauty of 'Ghosts of Youth' which makes me think of how Roy Orbison would sound if he wasn't actually dead and was into indiepop.

The whole ep makes me want to sit and play the record over and over again - y'know, like you did in the old days. Take a listen to the mod-ish 'She Won't Ever Calm Down' and tell me you don't want to get off the settee, get dressed up and go out dancing. And how many records do that to you now that you're that age?