It's the most wonderful time of the year...

Oh, what's this that just dropped into my inbox? Why, it's the first bands confirmed for this year's Indietracks. I'm too tired and busy to make comment yet - suffice to say I wish it was Indietracks every weekend.

Here's the missive from Indietracks HQ:

The Go! Team, Cinerama, Martha, Tigercats and Euros Childs are among the first 17 artists to be confirmed for this year’s Indietracks. The festival takes place on the weekend of 24-26 July 2015 at a picturesque 1950s steam railway in Derbyshire.

The other bands added to the bill today are Desperate Journalist, Mammoth Penguins, The School, Bunnygrunt, The Catenary Wires, The Tuts, Los Bonsáis, Fire Island Pines, The Fireworks, JUNK., The Leaf Library and Eureka California. Dozens more artists will be added to the bill shortly.

Tickets are available by calling the railway directly on 01773 747 674 during office hours or by visiting: http://www.indietracks.co.uk/tickets/

On 30th January we're welcoming back Nat Johnson and her band to Nottingham for a show at Lee Rosy's, where we haven't put a gig on for YONKS.

The date is part of Nat's Neighbour of the Year tour, and she'll be accompanied by her wonderful band on harmonies, flute, fiddle, lapsteel, horn and banjo. Nat will be playing a retrospective set featuring songs from her Monkey Swallows the Universe and Nat Johnson & the Figureheads days, as well as (of course) songs from the new album.

Support comes from Derby's Mighty Kids, and you can buy tickets here. 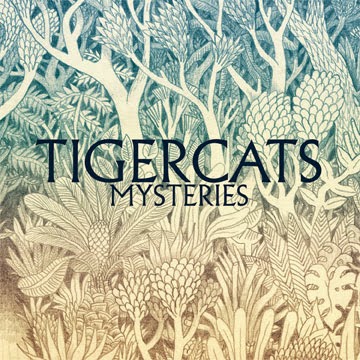