I'd love to be able to tell you what a welcoming, diverse, friendly and supremely well-organised weekend Wales Goes Pop! was, but I've simply not stopped working since the long drive back from south Wales to Nottinghamshire.

I managed to surface this afternoon to listen to Trick Mammoth, all the way from the N(ew) of Z(ealand) - Dunedin to be precise. They describe themselves as 'flower cult pop', and who am I to argue?

To these ears they sound a little like Free Loan Investments, and whenever can that be wrong? It's that's sort of wriggly indiepop that might sound all innocent on first listen, actually probably wants to kick your balls out.

Trick Mammoth have a single out as part of the WIAIWYA 7777777 singles club series (which I simply can't keep pace with, so I've given up like some kind of idiot), and an album called 'Floristry' out on Fishrider Records in New Zealand and Occultation Recordings (spooky!) in the UK.

I'd be deeply delighted if they came over to the UK and played some time. And that is an invitation, yes. 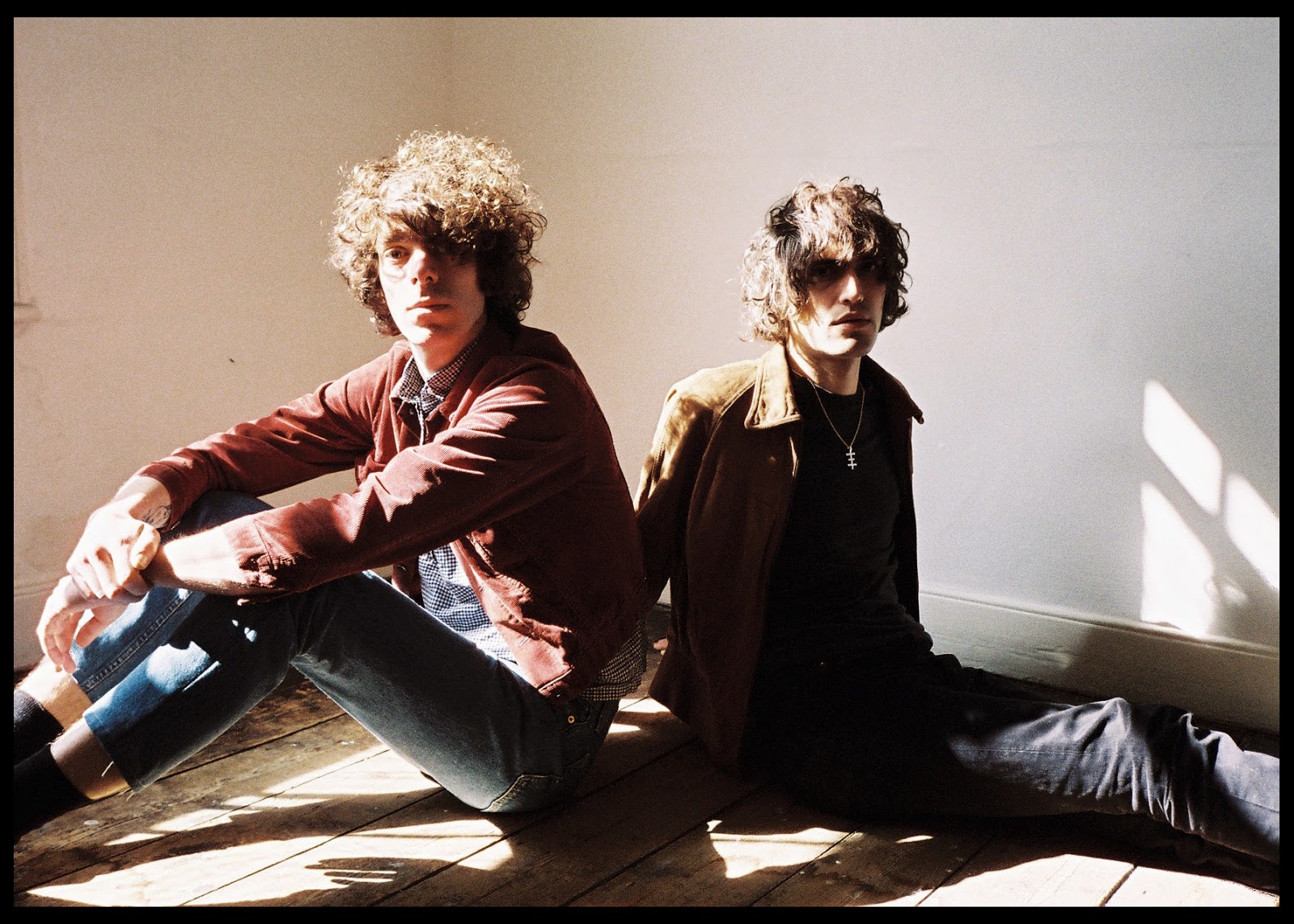 Ornaments were something your Nan had when you were little. Those weirdly popular inanimate depictions of flower ladies set in an indeterminate past. They gathered dust and you got a proper bollocking if you ever dropped on the floor and it broke into pieces.

Ornaments seem a thing of the past. You don't see many ornaments in IKEA, do you? Although if you go to IKEA then there's something altogether WRONG WITH YOU, anyway.

I'm rambling. The Proper Ornaments are duo from London who, at first glance, look frightfully hip. All skinny legs, a mess of hair and cheekbones you could slice some ham on. But then you listen to them, and they make the sweetest sound ever.

What is it? Well, it's mixture between 1960 West Coast pop, shoegaze, the rattle and thrum of early Stereolab and the Jesus and Mary Chain's gentler moments. This heady brew is made all the better by the fact that I've now got FOUR days off work and I'm heading to Wales Goes Pop in a few hours, where The Proper Ornaments are playing on Saturday night, before the BLOKES move in to nod knowingly to The Wedding Present.

Anyway, The Proper Ornaments have an album out on 9th June through Fortuna Pop!, called 'Wooden Head', and it's a glorious sweep through downbeat majesty. I've just listened to it in the bath twice through, and, frankly, there's no higher accolade.

From that album, here's Summer's Gone from the album.

A field of their own - more Indietracks bands announced 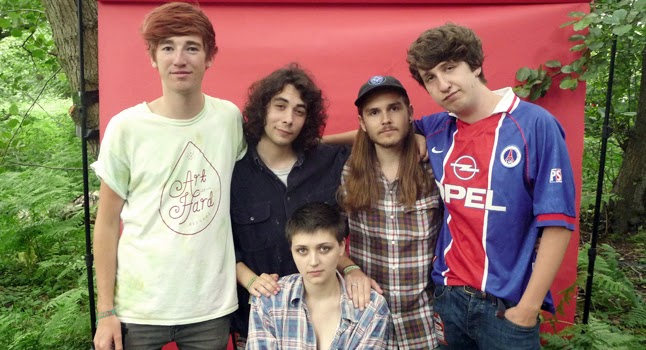 It's not even Easter yet and I'm starting to plan for Indietracks. We're camping this year, which fills me full of dread, but we're going with my brother, so I'll just bung him in my ears if anyone tries keeping me awake.

I'm particularly chuffed that I'm going to get to see Joanna Gruesome again after trying desperately to get them to come and play in Nottingham for the last 18 months. False starts and cancellations have hampered that.

Also, I'm past the stage of caring who's played before (and what's more I can't remember). Indietracks does a brilliant job of showcasing the huge, yet tiny, world of indiepop. I mean, why else would a band from Argentina come and play in at railway station in the Amber Valley? That's pretty special, if you think about it, isn't it? And so is Indietracks.

Tickets are available by calling the railway direct on 01773 747 674 or visiting http://www.indietracks.co.uk/tickets/
Posted by A layer of chips at 19:00 No comments:

Around this time of the year we like to be ridiculously organised and announce the full line-up for a gig that is taking place six months hence. But, y'know, our lives are so empty and these bands are so ace, that it's nice to be able to get excited about the Nottingham Pop All-Dayer way before it even happens.

One of these days it's all going to go horribly wrong and three people will turn up... until then, here's the link to the Facebook page. Please be painfully aware and militantly diligent that last year's all-dayer sold out, and there were no walk-ups available on the day. Do your bit for society and buy a ticket now. 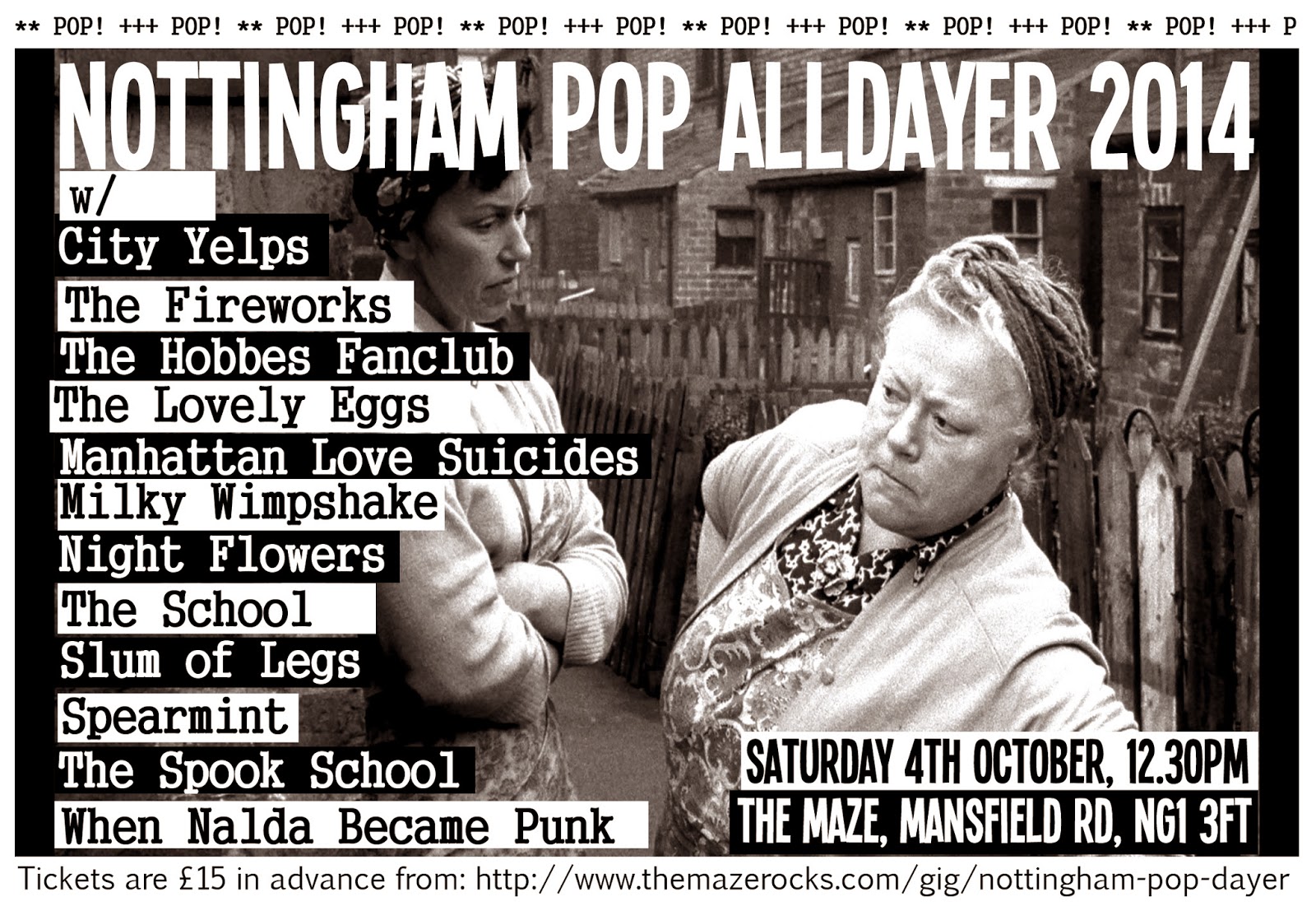