In case you were worried, we're just about fending off the crypto-fascists here in Nottingham, although we think they stole some people from the audience at the criminally-attended Fever Dream/Cosines/Poirot's Boys show we put on the other week.

Not to worry, because, like the gluttons for punishment we are, we've got another show coming up. It sort of acts as an Indietracks warm-up for half the bill. The other half I'm deeply excited about seeing. It's been a while since we've been brave enough to put such a varied bill on, so if no-one comes to this one, we're going to start a popular revolution and sweep away the political elite. If we can be arsed.

Here, in a lazy way, is a teaser of what to expect. You can find the rest of the secrets to a happy life over on the right, and on facebook.

The Yearning - If I Can't Have You (Elefant) 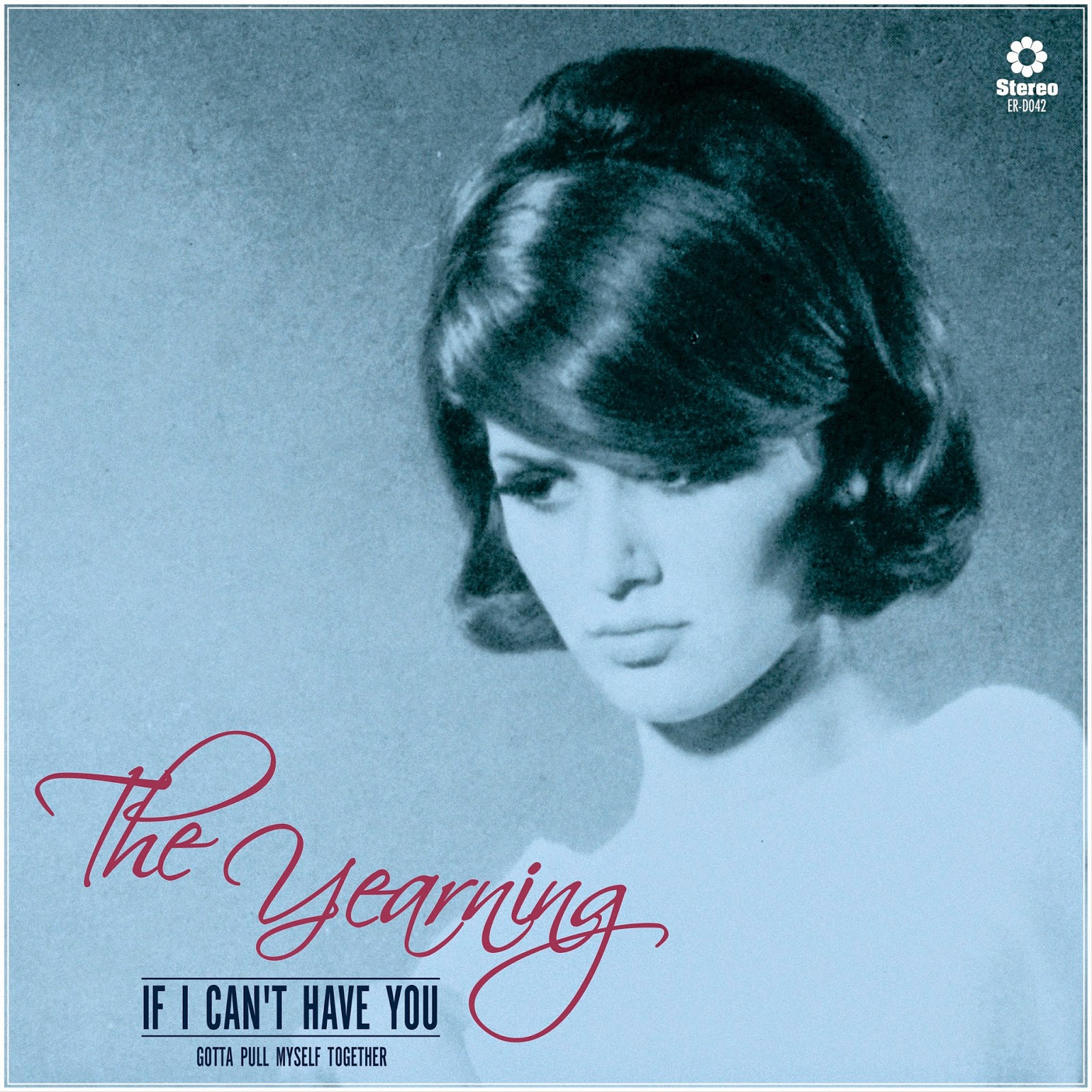 Remember back in the late 1990s when Belle and Sebastian were making that series of wonderful pop records that you thought would last forever? Then you might remember that they spent the most of the next 15 years disappearing up their own backsides and writing songs that sounded like Leo Sayer b-sides.

It is with this in mind that we should thank The Yearning for taking up the baton so effortlessly. 'If I Can't Have You' is a download only single from their forthcoming album 'Dreamboats and Lemonade' (which beats those Heartbeat compilations hands down as far as a name goes), also out on Elefant.

It's a crackling flame of a song, that begins with a gorgeous keyboard part that backs a plaintive lament about the old unrequited love conundrum. Seems the heroine of the song is bound to settle for second best here, and isn't that a sad old thing to behold?

Labelmates The School are clearly a big influence on The Yearning, but there are also echoes of formative Camera Obscure and (yes) Belle and Sebastian on those first three electric albums which now seem to be a lifetime away.

The Yearning have lived up to their name in a single song, and I hope I'm not feeling a bit fragile when I see them at Indietracks this year. A beautiful, painful pop song. 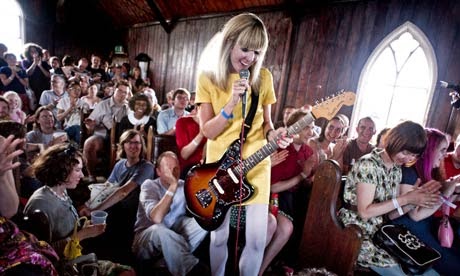 We've all seen this shadowy figures, somehow completely pristine each year, placing the wristbands on your arm as you excitedly go through the Indietracks gate each year - but what do the festival's organisers really think about The World's Best Weekend? Andy, Ian, Marianthi and Nat - some of  the people who put these whole delicious three days together each year, were good enough to answer a few questions.

You're a person down this year, with Emma retiring. Has this affected how you've planned Indietracks?

Nat: We'll keep planning Indietracks in the same way as always, but we'll really miss Emma of course. She's always welcome to come back to the team!

What can we expect this year? More of the same, or anything different?

Andy: Usually the Midland Railway come up with something new that we're not expecting ourselves! We turned up to find an owl sanctuary a few years ago, a beach last year, and a huge batch of glow sticks a few years ago! Plus there was the railway volunteer playing The Last Post on the bugle last year! From our side, we've tried to book a really exciting line-up, as always, and we've still more to announce. The steam trains, real ale, art and crafts workshops and Gopal's curry shack will all be there as always. There might be wood-fired pizza this year, but no promises!

There's a lot made of the Railway, and how it relies on Indietracks for revenue. Does this ever play a part when you're picking bands? Do you go for crowd-pleasers to bring revenue in, for example?

Nat: We only book bands we really love, and we've been lucky enough to find lots of high-profile bands that suit the perfectly festival so far - Teenage Fanclub, Camera Obscura, Edwyn Collins in previous years (to name just a few!), and Gruff Rhys, Dean Wareham, Allo Darlin', Withered Hand and others this year. We really want the festival to appeal to a wide audience and to introduce new people to indiepop, and booking high profile bands helps with this. We also want to give all the bands the opportunity to play to as large an audience as possible, and high profile bands encourage more people to come along. There's no pressure from the railway and they took great risks in the early days to back us financially in booking established bands.

Where do you think you sit in relation to other, smaller festivals? Do you ever hear from organisers? Is there a secret revolutionary international union we don't know about?

Andy: Well, there's an Association of Festival Organisers, but it probably doesn't quite qualify as a secret revolutionary union! They're very nice but we're not involved at the moment. We know a few other small festival organisers, but we feel a lot closer to people like Wales Goes Pop!, Going Up The Country, the Birmingham and London popfests, the OddBox Weekend and the Nottingham, Leicester and Glasgow indiepop alldayers. Hopefully we share a similar spirit with those events, and it's great that there's so many good opportunities for bands at the moment.

What do you say to people who think there should be more local bands playing?

Nat: We've booked lots of amazing local bands in the past - Haiku Salut, Standard Fare, Slow Club, The Sweet Nothings, Slow Down Tallehassee, Seabirds to name just a few. Looking at the wishlists on the Anorak messageboard, people are suggesting bands from all over the world. We try to book lots of international bands and bands from across the UK, including some that people might not get an opportunity to see otherwise. So we try to strike the right balance between local, national and international. If you're a great local indiepop band, please get in touch in future years!

Would you/could you ever move the festival away from the site?

Andy: It's not something we've ever thought about. The Midland Railway have been so generous with their belief and backing for the festival, and the festival really belongs to the railway and our audience. Lots of people have worked really hard to build it up at that location.

It must be extremely disheartening sometimes to try and please all the people all the time - or is this something you gave up trying to do years ago?

Nat: We're just really pleased that so many people have stayed with us! Everyone's actually been very supportive of the festival so far, and people seem most disappointed when their favourite bands clash, rather than because they'd rather we'd booked different bands. We're booking over 50 bands for each festival, so it's usually possible for people to find a band they like at any given time. Also, I think people understand that if their favourite band isn't playing, it's very possible that we've tried really hard to book them and it wasn't possible. We do try to book a varied and interesting festival and to please as many people as possible, and we pay close attention to the Anorak wishlist when we're booking bands.

Ian: Impossible question. As one of the organisers you have a different set of memories and highlights than a festival goer. From boring stuff like things going smoothly or that line up sheet you stuck on the shed wall in the morning still being there at the end of the day to people you've never met telling you they've had the best weekend of their lives - that's hard to top. I'll never forget watching Teenage Fanclub playing ' The Concept' as it started to rain a little bit in 2009 and thinking how bloody amazing this whole thing is. Edwyn Collins is probably my highlight though, especially considering what happened before with the mainstage generator, the whole set was a joyous relief.

Marianthi: My favourite Indietracks memory is the moment I found out it was happening. I remember it so clearly: I was sitting lazily surfing the internet and this page popped up on MySpace or something. Something about an indiepop gig at a heritage railway site in Derbyshire. What? I really thought the universe was trying to tell me something at that moment. I think what it was trying to tell me was, "Stop worrying - everything is brilliant!" And it was. It is. Everything is brilliant because how can it not be when, for eight years now, we've had indiepop and trains and amazing, amazing people all in one place? It just fills me with love.

Andy: I've really enjoyed so many of the bands - The Hidden Cameras, Stars of Aviation, Haiku Salut, The Magic Theatre, Standard Fare and Camera Obscura have been some of my favourites. However, I also really enjoy discovering different and amazing part of the railway site that I never knew existed. My absolute highlight was finally and accidentally discovering the Butterley Miniature Railway in 2012. This isn't the light railway that runs past the main stage, it's a separate mini-railway in an beautiful area of country park a little way behind the museums - it's amazing and has its own proper stations, signals and everything. I discovered it purely by accident while getting lost walking back to Butterley, and it's so hidden and beautiful there. It's only open on Sundays and bank holidays and it's possibly the best kept Indietracks secret!

Nat: Aw, it's just too difficult to come up with one favourite memory! Every year is different, and every year I experience something which seems to make me love Indietracks even more. However I think my one of my favourite memories was the La Casa Azul set in 2009. It was the first year we'd had the large outdoor stage, lots of indiepop fans had come along from Spain due to the Elefant tie-in and everyone was dancing along to his wonderful cover of Love Is In The Air. We weren't quite sure what to expect from his set but it was an absolutely magical moment. To me, that sums up the essence of Indietracks - lots of unexpected magical moments where people come together through the sheer love of music. It sounds cheesy - but it's true!

Early bird tickets are still available for Indietracks (but only until 11th May). If you've not been before, and want to get as close to experiencing full communism for three days, then I suggest you put down that sandwich and do the honourable thing.
Posted by A layer of chips at 12:04 No comments: