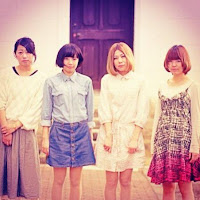 There are some things that don't remind of first falling in love with Lush, but I'm afraid Japanese indiepop band Old Lacy Bed (ace name) aren't one of them. Not that this four-piece are shoegazers or anything like that, you understand - they sound more like those wonderful early Lush songs that mixed soft psychobilly with a ton of effects pedals to create something to treasure.

So, that's what Old Lacy Bed remind me of.

Dufflecoat Records is set to release the band's new single, 'Little Girl' in June. It's fair rattles along in a discordant, impatient shuffle with plaintive, world-weary vocals, and some instantly huggable 'ba-ba-bahs' thrown in. Rocket science it isn't, but it's the sort of dark pop music that, with all its coy pleasures, warrants instant attention and further discovery. You'd be hard pressed to resist.

There are a few more songs on the band's soundcloud page, with 'Vivid' in particular standing out as one of those songs you'd stick on a mixtape to someone you really, really fancied and were trying to let this be known by The Power of Song. Everyone used to do that, right? It's pretty dreamy anyway. 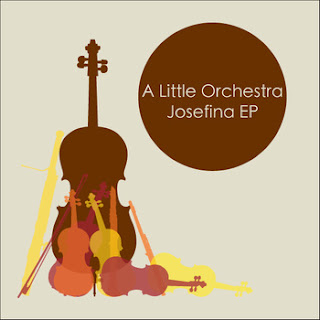 When I first heard this track I was suffering what is known in technical circles as 'a fucking shite afternoon'. 'Josefina' drifted into my ears, tickled me under the chin and led me off to the nearest daisy-filled meadow for a relaxing picnic and a quick nap.

But this perfect modern folkpop song isn't drippy - far from it. It's crystal clear vocals glide across the bobbling (that's right) plucked strings and arching woodwind. I wouldn't normally do this kind of thing, but I'm sure glad I did because 'Josefina' bring back perfect memories of early Monkey Swallows the Universe, or The Hermit Crabs at their glacial best.

The rest of the ep features the likes of Darren Hayman, Ballboy, and Simon from The Loves. None of these songs quite touches the greatness of 'Josefina', but then very few songs will. Feeling tense, nervous, upset? Take A Little Orchestra's 'Josefina' five times a day. At least. 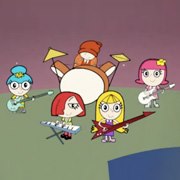 Ahead of their much anticipated debut album this summer, September
Girls are back with a new single that had gradually wormed its way into mind over the last few days.

'Talking' is short, swirling and sinister - the sound of a band approaching the top of their game. Whilst you sit there bored stupid at work, it's all too easy to lose yourself in the ghostly keyboards or a bassline that sounds like it's going to kiss you on the nose before kicking seven shades out of you. The vocals sound like early Madonna had she discovered the Sisters of Mercy instead of meeting Jellybean, and whilst the drums fair crackle in the background. It's pretty thrilling stuff.

B-side 'Some for Me' could be The Shop Assistants or The Bangles, and is a wonderful, hazy mixture of both to produce a nugget of pop that shows September Girls are confident enough to put some of their best songs on b-sides.

You can see September Girls all over the shop, but also at the Nottingham Pop All-dayer in September.

A day of mixed feelings. Any satisfaction as the passing of a monstrous, brutal individual whose blatantly divisive policies pitted the working class against each other is tempered by her biting, ice-cold, inhuman legacy. Still, there's not many of them, and there's millions of us, right?... 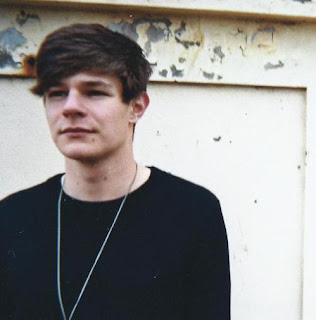 Ancient Times have, as far as I can gather, been around since late last year, and are about to release a split single with Tieranniesaur on the ever-wonderful Soft Power Records, who run of hits is frankly now becoming outrageous.

Ancient Times, it seems, is just one person, but he/they make a mesmerising sound that whilst firmly entrenched in back bedroom melancholia, is also chock-full of hope and optimism and fight - like all the best pop music. Sure, the vocals sound like Morrissey, but you're not going to hear any complaints about that from me.

The single isn't out until the summer, but you may as well listen to this utter gem of a song right now, eh?