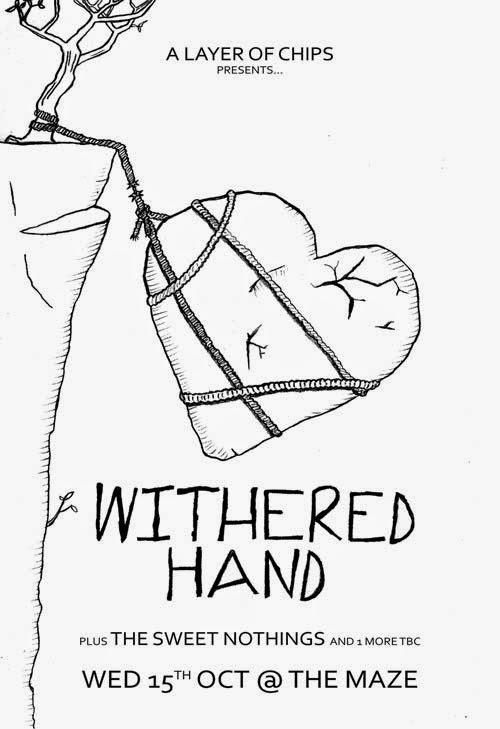 I've got four gig promotions coming up before Christmas, and I'm kind of thinking of calling it a day after that (although I've said this before and never stuck to it). But it'll be a great way to go out, because...

On 4th October, of course, is our all-dayer. There are only about forty tickets left for this now, and if they go there won't be any walk-ups, so you best spend your wages whilst you still have them.

After that, it's Withered Hand with The Sweet Nothings at The Maze in Nottingham on 15th October. Withered Hand's new album 'New Gods' is a thing of complete wonder, and you'd be a complete idiot to miss this. Tickets are available here.

Into November, and at The Chameleon, we have Dignan Porch, Witching Waves, Eureka California and (hopefully) one very special guest. No tickets for this one - just be there early on Saturday 15th.

A few days later on 19th at The Maze again, it's Allo Darlin', Making Marks and Seabirds at The Maze. If this is where I exit stage left, then it'll be great to go out listening to my favourite band of the last four years. Do join me and get your tickets here.

I've spent the last week listening to the Allo Darlin' album constantly all week, and I'm deeply in love with it (review to come soon).

If anyone can get Alvvays over to the UK, thenm I'll change my mind instantly about putting on gigs. As it is, these four will do just fine. See you at the all-dayer!
Posted by A layer of chips at 17:52 1 comment:

Indietracks 2014: Permanent revolution and the smashing of the Del Amitri ghetto

Indietracks is dead, long live Indietracks. After much huffing and puffing by Various Quarters of Indiepop, this year's festival not only lived up to its predecessors - it probably surpassed it.

Imaging being caught in the indiepop ghetto (or, as it's otherwise known 1988), when everyone (and by everyone, it was nearly always men with quiffs that were just on the right side of damped down so they could go to their office job every day without any hassle) wore their gentle plaid shirts tucked into their 501s and played listless melancholia about a girl named Cathy from Carlisle who doesn't want to roll about in a meadow with you any more. There are probably denim jackets involved, and record sleeves that so desperately want to be Smiths records, that not even Smiths fans clinging onto the distant past buy them. That's what happened back then. I was there. Indiepop was dead (only to be revived briefly by a couple of urchins from Bristol and a set of bands that saw that sounding like a slightly left-of-centre Del Amitri really wasn't doing anyone any favours).

And so in 2014, Indietracks sort of reinvented itself and took chances with the line-up - and it worked. For every person wondering why Gruff Rhys was playing (and I'm no fan, but he was deadly entertaining), there were many more who were probably discovering Slum of Legs, Joanna Gruesome, Thee Ahs, The Hobbes Fanclub or The Royal Landscaping Society for the first time. Isn't that better than our tiny little scene building a Berlin Wall around itself and patting ourselves on the back for being as pure as the driven snow? I'd much rather persuade a Super Furry Animals fan to love The Blue Minkies than the other way around, for example.

Friday night is a complete triumph, and one of my favourite ever times at Indietracks. We see tonieee and Jo at the head of the road down to Swanwick and catch up about kids, life, holidays, and which bands we're looking forward to seeing. And then friends and acquaintances arrive and you get that Indietracks feeling all over again, and just let the weekend wash over you like a comfort blanket.

I'd not seen Spearmint since the early 2000s in a sweatpit of a venue in London, but they've lost none of the sparkle that makes them instant pop stars, mixing old and new and finishing with an obvious, but completely triumphant 'Sweeping the nation'. They've not lost it.

Allo Darlin' somehow continue to rise and rise and as the sun goes down and Elizabeth plays 'Tallulah' you realise that they'll be difficult to beat this weekend, and so it proves.

Saturday is roasting hot, and I'm lost in a haze of a delightful gallon of bitter called American Girl, which is ridiculously easy to drink and makes me lose all feeling from my knees down.

The Royal Landscaping Society overcome early sound problems to claim the hearts of the crowd with their Wake-meets-Brighter sadpop, and it's all quite wonderful.

It's sweaty everywhere, but nowhere more than on stage with MJ Hibbett and the Validators who pull out a performance from the vaults to completely charm the really-quite-large crowd. The new songs sound great, and the band seem genuinely chuffed with the reception, and that's always lovely.

Joanna Gruesome, despite a stop/start performance (sound problems again), distil more energy into half an hour than most bands manage in a lifetime, and then go all coy when Dean Wareham joins them onstage for 'Tugboat'. They're as thrilling as ever, and that almost goes without saying these days.

By this time, I'm resembling something approaching red cabbage, and so it is with a heavy heart that I give Slum of Legs a miss in the church, and simply settle down on the grass and... wait for the sun to go down.

First on the main stage on Sunday are Axolotes Mexicanos, an Elefant band who I've never heard of, and who I desperately want to hear more of. A hyperactive singer being translated by a deadpan band member and a fantastic line of fizzy, abrasive indiepop later, and I'm fully pepped, and head into the shed, where No Ditching are again impressive, before Hobbes Fanclub show up and play those perfect songs from their new album in such an exciting manner that I forget how hot it is and actually start to dance. I apologise now for anyone who saw this.

One ace set from Night Flowers later, and my Indietracks is done. It's work tomorrow, and there's a four year old to put to bed. He cries when he's told we're going too.

I was told by an organiser that 200 more tickets were sold for this year's Indietracks than last year's. If Indietracks really wanted to "sell-out" (and I mean that in both senses of the word), then I'm sure it could and the people that benefit from the money it raises would be eternally grateful. The fact that they don't is testament to a group of people who say more to me about my life than sniffy purists. Ultra-leftism (in indiepop terms) is all well and good if you can afford to go to more than one of these events each year, but it won't lead us to any kind of Glorious Revolution, and as my dear friend Lenin said, is awfully infantile. Indietracks probably won't get us there either, but we'll have a lot of fun trying.
Posted by A layer of chips at 14:52 5 comments: 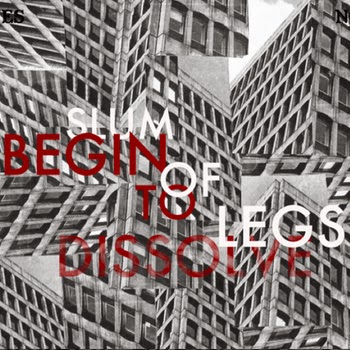 Do not miss the chance to save yourselves.
Posted by A layer of chips at 18:08 1 comment: