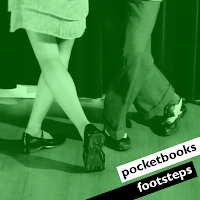 Well, colour me guilty of liking nice folk. And call me Wally and slap my arse if I can't help but love the fact that a band like Pocketbooks exist, a band who don't want to "play the right shows" and don't moan if they're at the bottom of a bill, and who will happily travel outside of London because they realise that you can have fun without confining yourselves to the four walls the capital, and who are perhaps one of the least pretentious bunch of people swimming in a sea of studied looks and moves you could ever hope to meet.

And, yeah, the songs are pretty ace, too. It's Thursday 4 June 2009, and by the end of the weekend, the UK will know whether it's elected its first openly racist member of the European Parliament. Walking to the polling booth today to either vote for a left party that hasn't got a future, never mind a hope of winning is going to be a sobering experience. So, when you're lamenting the fact that post-war social democracy ended up producing something as morally and politically inept as the Labour Party in 2009, then I'll tell you what to do: stick Footsteps by Pocketbooks on. It might not change the world, but fuck me, it'll make you feel a whole lot better for three minutes. And that's the power of pop music, isn't it?

Footsteps is officially released on 15 June on iTunes and through http://www.pocketbooks.org.uk/

That's such a sweet song and the cover of the single is even better. It appeals to my love of old Broadway musicals and choreography.

We got stopped by a BBC news reporter in Gosport this morning asking if we were voting, what we thought, all that. They didn't want my opinion though because I'm American and can't vote. Sad times. :-(

I had to laugh at the part of the review that read, "I understand what Pocketbooks are trying to do" closely followed by "but in a world of colour magazines, major labels and marketing, this album just doesn’t stand up".

So you don't really understand what they're trying to do, then?