The day Christopher Biggins came to a tasty fanzine gig 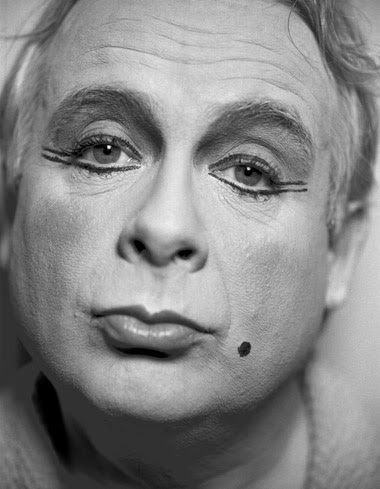 I was watching Come Dine With Me last night. Well, it takes away that dreaded Sunday night feeling, when all you can think about is work and how much you fear the week ahead.

Among the 'celebrities' taking part was the ever-wonderful Christopher Biggins - star of stage, screen and pantomime horse. I sort of grew up watching Biggins on the telly; he was in Rentaghost and Dramarama, and has always sort of been there, really.

Last night he was on top form. I think it's his laugh that does it for me. He has one of those laughs that you can't help pissing yourself at every time you hear it.

Where is this leading? Well, I've had the honour of Christopher Biggins turning up to one of my gigs which was a very strange experience. On 13th December 2005, Christopher Biggins paid £3.50, and walked into watch Pete Green, Orchards and MJ Hibbett and the Validators play the tasty fanzine and Don't Start Feeling All "Romantic" Christmas party gig at the less-than-salubrious Rose of England pub on Mansfield Road in Nottingham.

He stood at the back all the way through with a friend who would occasionally disappear to get him another half of lager. It was all most surreal. I suppose he was in panto in Nottingham that year. Everyone saw him come in and go and stand at the back, but no-one really said anything.

Anyway, Biggins won Come Dine With Me last night. I was pleased. He didn't mention the gig, though.
Posted by A layer of chips at 07:35