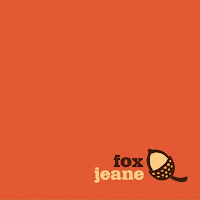 I've just got back from a long trip to Bournemouth to see the in-l*ws. Never do that on New Year's Eve, comrades.

Anyway, on the way down there and back I re-read Simon Goddard's wonderful 'Songs That Saved Your Life' - a song-by-song look at each Smiths track ever recorded. If you haven't read it, you don't have to be a fan of The Smiths really. As Goddard himself says: you don't have to agree that The Smiths were the greatest band ever, you just have to understand why he thinks they were.

Nice, then, to come back to an email from John Jervis about the end of the World of Fox '80s covers project, which looks ace and I had no idea about. Fox have recorded a strpped down versions of The Smiths' 'Jeane' and rare Morrissey classic 'I Know Very Well How I Got My Name'. I used to have a version of the latter taped from a John Peel Morrissey session, where the song goes wrong and you can hear Vini Reilly and Morrissey in hysterics. You had to be there, really.

I recommend you download these songs (they're free) and then revisit the rest of the World of Fox covers from last year. The version of The Cure's 'Six Different Way's' is particularly pretty.
Posted by A layer of chips at 18:15