Everything changes and everything stays the same 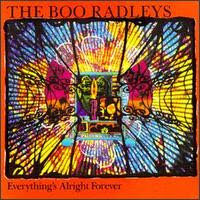 I'm trying to ignore the mainstream media today, all of which is engaged in some kind of wank-fest over US capital's latest choice of lapdog. 'A moment in history' gushes the BBC, ever subservient to the ruling class. Any good Marxist will tell you that it's not people like Ob*ma who are the agents for historical change.

The Enemies of Reason puts it nice and succinctly, and there's a more in-depth critique here. Defenders of Obama's populist revolution point to the fact that he'll reverse Bush's abhorrent laws on abortion and sexual health, and will improve access to healthcare for the working class - but surely that's the very least any reasonably sane person would do?

For the next 24 hours, however, everything's alright forever for those whipped up by the spittle-encrusted frenzy of bourgeois mass media.

Time for a very tenuous music link. Everything's Alright Forever is, of course, a rather brilliant Boo Radleys album from 1991, and was my choice of getting-ready-to-go-out music during that summer.

It's somewhat overlooked because it preceded the supple Giant Steps and the positively pert Wake Up - both of which sold loads more - but it remains my favourite Boo Radleys album.

I used to put this on whilst backcombing my hair and arranging my fringe before getting the 18.53 bus from Irby-upon-Humber to Grimsby, whereupon I'd sit in The Barge for at least two hours before my more sensible friends deemed it worthy to come out. The we'd go to Gullivers and dance to Neds Atomic Dustbin and The Smiths and Lush and Mudhoney. A load of goths would sit in the corner and would come out and do that weird two-steps-forward, two-steps-back dance to either Terror Couple Killed Colenel or Bela Lugosi's Dead. Back then I thought Tuesday night's at The Barge and Gullivers were the centre of the universe. Well, they were, really. It's where I met Pete Green, and Emma Hall from Pocketbooks. Such a breeding ground!

Anyway, where was I? Yes, Everything's Alright Forever, if you're not aware, is this sprawling psychedelic shoegaze pop mess, and it's utterly lovely. Especially if you were young and stupid and into hallucinogenic drugs like a big idiot. I haven't listened to it for ages, mainly because my vinly version is just about worn out, but here's one of my favourite tracks from it, the wonderfully intense Lazy Day. Look at Sice's hair!